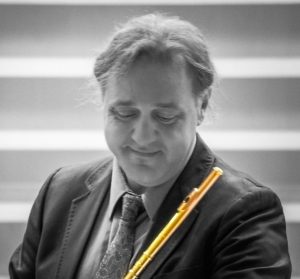 Turgay performed at the opening concerts of Young Virtuoses Festival held in Toulouse, France in 2011 and in 2012, at the International Mersin Music Festival. Also participating in important festivals such as the 9th D- Marin International Music Festival held in Bodrum, Süleymanpaşa Municipality Bisanthe Chamber Music Festival held in Tekirdağ and Istanbul Woodwind Festival. The musician acts as a soloist on the international platform in cities such as Nice, Cannes, Marseille, Moscow, Toulouse, Sofia, and he gained great popularity Athens, Bruges, Budapest, London. In 2010, in the album of İstanbul’un Ses Telleri of Istanbul by Şirin Pancaroğlu, the flutist premiered, the compositions of one of the most important Turkish composers Özkan Manav and Hasan Uçarsu the pieces named Sabah Sabah and Issız Çocuklar.

The artist, who laid the foundations of Chamber Music Contests organized by the Mediterranean Opera and Ballet Group (AKOB) and Mersin University State Conservatory in 2016, has been a jury member for three years in this contest.

Apart from his soloist career, the flutist, who earned his first experience as an orchestra flutist at the age of 16, taking part in various festivals with the Istanbul State Opera and Ballet Orchestra. He won the auditions of the Mediterranean Youth Symphony Orchestra in 1987 and became the first flutist in the orchestra’s European tour. Turgay, in the Şişli Symphony Orchestra between 2006-2008; between 2008 and 2013, he served as the first flutist in the Akbank Chamber Orchestra for 5 years.